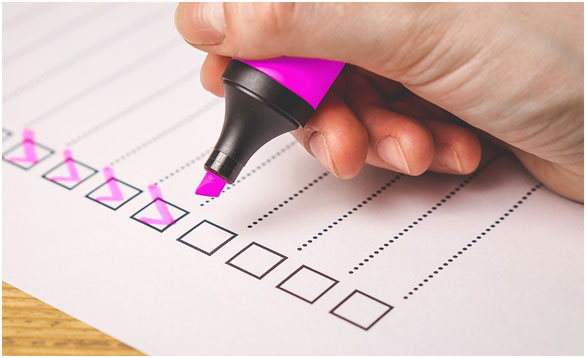 What Classifies a Car as Collectible?

The term “collectible car” can mean something different from one person to the next.  Some picture a chrome-laden beauty from the 1950s.  Others, envision anything 2-door with a V8 under the hood, common in the ’60s and ’70s.  Regardless of what you think of when you hear the word “collectible,” most would love to say they have one of their own.  Many, however, see this as an expensive luxury and write it off for later in life.  The truth of the matter is that anyone can have a collectible car sitting in the driveway.

For the sake of this article, we'll set the meaning of "collectible," as being a car well-received by the public.  We'll specifically focus on classic car models that were ahead of their time concerning design and innovation.  We'll also set a price cap to show that owning a collectible you’d pass down to your kids is not outside the realm of possibility.  Without further ado, here are seven collectible cars that you can buy for under $5,000.

The Miata first arrived in America back in 1989, it was offered in only three colors and powered by a 1.6-Liter 4-cylinder.  What it lacked in power though, it made up for with elegant styling and unmatched handling.  30-years later, the Miata has secured itself as a pure driver’s car worthy of being called a collectible.  If you’ve never owned a ride you felt was worthy of an outdoor car cover, the Miata might be the inspiration you need.  We’ve included it on the list because it’s one of the most beloved enthusiasts' cars you can find for under $5,000.  You should have no issue finding a late ‘90s or early ‘00s model with decent mileage and a clean title.

Ah, the Mustang, one of the most American cars ever produced.  Within two years of being on the market, Ford sold around a million units, solidifying it as an instant collectible.  If the combination of 2-doors and plenty of power seem appealing to you, then the Mustang is a fantastic choice.  With a budget of $5,000, you should have no issue finding a late ‘90s or early ‘00s model with a 6-cylinder.  For a little more pep, the late ‘80s or early ‘90s models can be found with a V8.  Be sure to look at the vehicle’s history though, since muscle cars like this often bring out a person's inner animal.

Another example of American muscle, the Camaro, is one of the best-known collectibles of all time.  This bowtie wielding 2-door has come a long way since its debut back in 1966.  Though the design has evolved over the years, there's no mistaking a freshly waxed Camaro showing off its coat.  A $5,000 budget will go a long way here if you stick with the mid-'80s - early '00s models.  In 2002, production stopped for a while but started back up again in 2010.  Be careful with anything after 2010, if it's under $5,000 there's a good chance it has a salvaged title.

The Cadillac Deville first started as a trim package on the 1949 2-door Coupe de Ville.  Later models are best known for being 4-door, full-sized luxury sedans.  The Deville makes our list due to its simplistic design and an unmatched level of comfort - the perfect mixture of appeal to stand the test of time.  For a more retro look, $5,000 will get you a clean model from the early '90s.  For those looking for an unparalleled quality of ride, $5,000 will likely find you a well-maintained model as late as 2005.  If you’re lucky, you can even find one with the legendary Northstar V8.

Our third muscle car on the list, the Pontiac Firebird, is the very definition of what a collectible car should be.  The Firebird lasted for six generations, the first being in 1967 as a rival to the Ford Mustang.  While mechanically similar to the Camaro, the Firebird had enough unique parts to stand out on its own.  With a budget of $5,000, you’ll find yourself a decent number of options so long as you stick with generations three through six.  Even with a lower budget, you should be able to find several V8 options.  Remember to look at the history and mechanical background to ensure it wasn't rallied.

While some might not see the Audi TT as collectible, its innovative design when it first arrived in 2000 was influential enough to make our list.  This modern collectible featured a 1.8-Liter turbocharged engine and was available as either a hardtop or soft-top convertible.  You’ll be hard-pressed to find a sportier little car than the TT for a price range under $5,000.  You probably won’t find anything newer than a 2004 model for the price though, and you’ll want to be careful of high mileage due to repair costs.  If you’re after something fun to drive for a weekend getaway, you’ll for sure want to consider a TT.

The Lincoln LS, which stands for “Luxury Sport,” first arrived in 2000 and lasted until 2006.  The LS has the look and feel of a collectible, and for the price point, it’s an absolute bargain.  It was available in both V6 and V8 variants, with the V8 being mechanically similar to Jaguars popular AJ-V8.  You’ll for sure want to have it looked over by a mechanic since repairs can be pricey.  If you’re looking for a collectible that features the perfect mix of comfort, style, and power, the LS is a great option to consider for under $5,000.

Owning a Collectible Car is Easier Than You Think

Just because owning a collectible seems too good to be true, doesn’t mean it is.  Everyone deserves to have a little pride in their ride, something to wax, something to care for, something to hide under an outdoor car cover.  We hope you’ve enjoyed our list of 7 collectible cars you can buy for under $5,000.  Good luck on your search and remember to check with a mechanic to be sure you don’t end up with a headache.