Have you ever thought about flipping cars? Flipping cars involves purchasing cars that are in need of repair or that are being sold for a very low amount and then selling them for a profit. However, not all cars can be flipped. Some classic cars resell for more than others, so you want to be certain that you're investing in the right vehicles; and make sure you are protecting your investment with antique car insurance. Here are a few of the best classic cars for flipping. 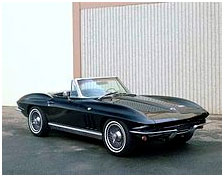 This Corvette can often be sold for twice what you put in it because of its history in races. Many Corvettes are worth money, so be sure to consider this before you pass on buying one. The 1965 Flared Fender Corvette is another good vehicle to flip.

The Chevrolet Impala line has been popular for years. The 1965 model was especially popular, and you can flip one of these cars pretty easily. Another model that has become more popular lately is the 1967 Impala. In addition to being popular among car fans, it's also become a sought-after classic car due to its appearance on the television show "Supernatural," in which the main characters drive a 1967 Chevrolet Impala. 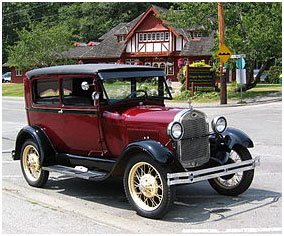 Some Other Cars can also make a Profit

In addition to these vehicles, you can also make a profit flipping some other cars. In fact, if you find a classic car for very little, even if it's not one that you can resell for a lot, it may be worth buying because you can make a little bit of profit from it. In fact, selling these cars may be easier since more people will be able to afford them. Just make certain that you have antique car insurance so that if something horrible happens, you won't lose your entire investment.

The market isn't always steady, so even while these may be great classic cars to flip now, they may not always be the highest sellers. To get an idea of what's selling, see which classic cars people are talking about. Also keep an eye on what classic cars are being used in television and movies. Fans of these movies and shows will often pay a lot of money to drive a car that looks just like the one their favorite fictional character drives.

Hear someone talking about a classic car they'd love to buy? It might be an indication of what's now popular. It could also give you the lead on a new customer, especially if you have or know where to get one of the cars he's talking about. Again, it's all about keeping your finger on the pulse of the market and knowing which cars are best for flipping.