One thing few people really thought about when Hurricane Sandy hit was all of the lost vehicles. People were concerned for their homes and their property, which did include their cars, but mostly they were worried about not having a place to live. Cars were secondary, especially classic cars. But for those who lost their beloved classic cars, the hurricane took more than just their form of transportation. It took something they loved. It was especially horrible for those without collector car insurance since they may not have received any form of compensation for their loss. 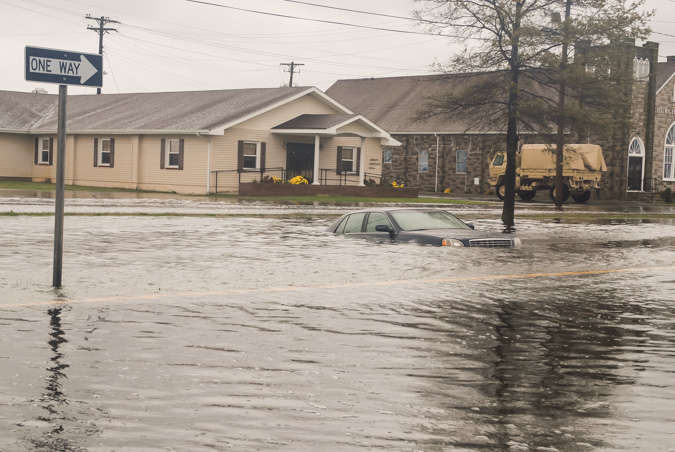 The Damage to the Industry

But there was more than just a few classic cars damaged here and there. Now one year after the hurricane hit, industry analysts are saying that the hurricane was the worst disaster to hit the classic car industry ever. It was more than just the cars that were damaged by the storm itself. The hurricane kicked up a lot of salt water and other minerals that reached cars that weren't damaged by the hurricane. This salt is highly corrosive to cars, and it did just as much damage as the storm. Add that to the fact that the areas affected by Sandy were home to more classic cars than any other region in the U.S. and you have a major loss for the industry as a whole.

The Impact on Insurance

While some owners didn't have classic insurance for their cars, many others did. This led to millions of dollars in payouts from insurance companies. While that's great for the owners, it means that some premiums may have to increase to cover these expenses. Of course, those who lost their classic cars may not need to purchase collector car insurance again any time soon since they will have to first buy a new car. This could mean even more trouble for insurance companies that insure classics.

The Impact on Owners

Car enthusiasts who lost their vehicles may be even more upset about it than they were losing their homes. Many took years to find the perfect classic car and then spent more years repairing and restoring it. They've lost something that meant a lot to them, and now they have to start all over. Yes, they have the money from their vintage car insurance policy, but they may not be able to easily find another car like they had. Some may not even want another car--the make and model of their vehicle had a special meaning to them.

The Impact on the Industry

The loss of so many classic vehicles was a blow to the industry, especially if those vehicles were rare or one of a kind. While collector car insurance can soften the financial impact on collectors, it can't restore the destroyed cars. This means some of these rare treasures are lost forever. However, many classic car collectors in the area say they plan on getting back into collecting or are going to start looking for a replacement car. Of course, you can bet they will all have car insurance-old car policies.