The cars from 1970s are most often remembered more for their lack of power. This was an era accompanied by high gas prices and escalating insurance premiums, unlike today's car insurance. Old car models from 1970 represented the the peak of the muscle car era (1964-72). Muscle Cars of '70s were an emergent group, as most manufacturers shifted performance away from the old school power-to-weight ratio, to an emphasis for more balanced, well handling touring machines. This set the tone for well into the '80s, however, most manufacturers still offered up a performance platform for most every enthusiast and most every budget, while insurance companies still provided car insurance. Old car fans rejoice, here are the Top 10 muscle cars of the '70s: 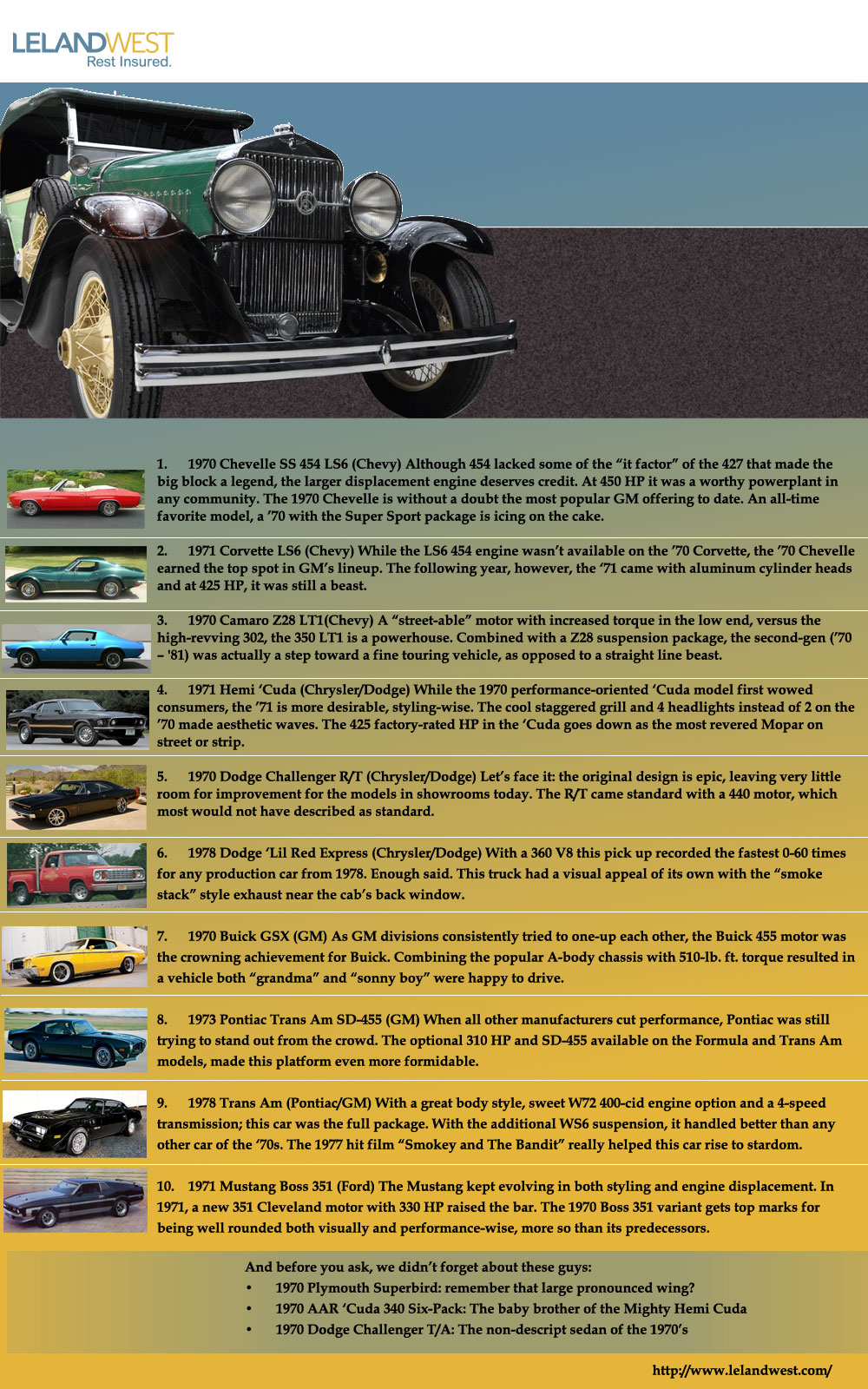 Embed 1970s Car Photo Gallery on Your Site: Copy and Paste the Code Below

And before you ask, we didn't forget about these guys: