Corvettes are usually considered one of the most stylish and expensive cars on the market. Even the classic Chevrolet Corvette, the first corvette to roll off the production line, was sleek and sexy. Corvettes are known for their speed, too, which is why it's often used as a pace car in races. The classic car history of the corvette is quite interesting, especially if you don't know much about it.

History of the Corvette

The corvette's history begins in 1951. That's when Nash Motors created the Nash-Healey, a small, fast, and expensive two-door sports car. This car was made by Donald Healey, an engineer from Britain, and Pinin Farina, an Italian designer. However, it was simply too expensive for most people. When Harley Earl, a designer at General Motors, saw it, he knew he had to convince GM to make their own small sports car.

In 1951, Earl and his team began working on Project Opel, the corvette prototype. This car, the EX-122, made its debut at the 1953 GM Motorama event. Six months later, the first production model corvettes were rolling off the assembly line. This car can still be seen today by paying a visit to Atlantic City and going to the Kerbeck Corvette museum.

Since then, the car has gone through a number of changes, but it's always stayed true to the basic tenants of its conception: be fast, be small, and be amazing.

Features of the Corvette

The corvette has become more modern over the years, but it's still the exact same car in some ways. The car is still a two-door, speedy model designed to make people think of money and power. Even the look of the corvette has stayed fairly true to its origins. Some of the changes over the years include creating a convertible model, changing the rear end, and updating the body. Every different model of the corvette has had its own unique features, of course. Here are a few different features of today's modern corvette

The Corvette Over the Years 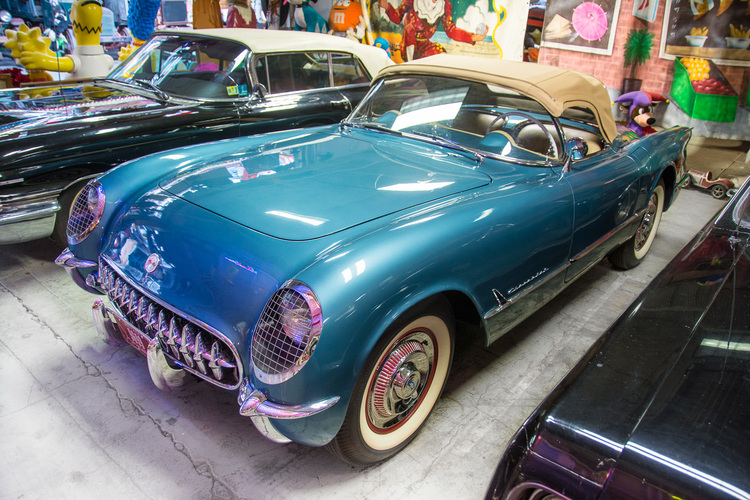 Since that first prototype was introduced in 1953, the corvette has continued to evolve and change. Only 300 were made that first year, and they quickly sold out. During the late 50s and early 60s, the C1 generation, as it's now called, saw changes to the engine, the addition of fuel injection, a hydraulic convertible top, and more. The 1958 model even featured quad headlights and a lot of chrome, making it visually very striking.

In 1963, the Sting Ray made its debut. This was the first corvette coupe, and it marks the beginning of the C2 series. Some of the nonfunctional decorative items such as hood vents were removed during the 60s. Meanwhile, the engine size became larger and larger, with the 1967 model featuring a 530 hp engine! Only 20 of these models were made, and they're incredibly sought after today.

The C3 series came along in 1968. This series ran until 1982, and it saw the longest running body style not just in corvette history but in all of automotive history. Government regulations saw the removal of the chrome bumpers, while 1977 saw the end of the Stingray brand. The 25th anniversary model in 1978 soon became highly collectible.

From 1984 to 1996, the C4 generation was produced. There was a production issue that occurred in 1983, and no corvette was produced that year. Another incident lead to toymaker Mattel releasing a Hot Wheels version of the 1984 corvette before GM released the actual car. This car was a completely redesigned vehicle and included a rear hatch, aluminum suspension, and more. In 1986, the corvette featured a convertible top once again.

Series C5 was introduced in 1997. Once again, some major changes were made from the previous models. These changes resulted in a new top speed of 168 mph, the fastest a corvette had gone at that time. A number of other changes such as different engines and lighter components were tried out and, in some cases, removed up through 2004.

The C6 generation began in 2005 with the introduction of the C6.R, a racing model. This series brought back some of the classic features such as the exposed headlamps, while it also saw changes to the body. Work was done to improve the car's fuel efficiency. In 2008, the ZR1 was introduced. This car featured a price tag of $100,000 and the LS9 engine. With a top speed of 205 mph, no other GM sports car could match it.

The newest generation, C7, burst onto the scene in 2014. However, GM engineers had been working on some of the new features since 2007. The car once again saw some major changes to make it appeal more to the younger generation. Despite the major changes made to the car, GM did decide to resurrect the Stingray name.

Popularity of the Corvette

The corvette has proven to be one of the most popular cars over the years. In addition to the many different production models that were purchased by the public, Chevrolet also made a number of pace cars for NASCAR races, including the Indianapolis 500. A corvette has been used as a pace car for 11 different races. In 1986, the pace car was driven by Chuck Yeager, the first pilot to break the sound barrier. Others who have driven the Indianapolis 500 corvette include Morgan Freeman, General Colin Powell, Guy Fieri, and Lance Armstrong. Many of these cars were unique, and no production replicas were made.

Will the corvette's popularity continue? It's been incredibly popular for more than 50 years, and there's nothing to indicate that this will change any time soon.

If you own a Classic Corvette, you need to protect your investment. Having the right type of classic car insurance is important. At Leland West we specialize in classic corvette insurance and can help you find the perfect plan for your car!