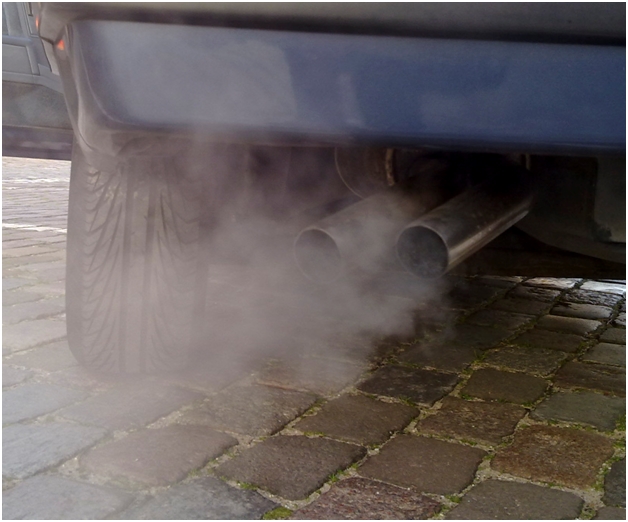 With climate change being a highly discussed topic worldwide, we see a big push towards electric vehicles.

Some countries give consumers various incentives such as subsidies or tax breaks to stimulate the purchase of electric vehicles. In contrast, fossil-fuelled cars and gasoline are being taxed and restricted more than ever before. The main two factors that inspire people to buy an electric vehicle are to save money and save the environment. But are those incentives enough to make millions of gas-powered cars obsolete?

Getting combustion engines off the road

If you’re reading this, it’s doubtful that you’ll see the complete removal of gasoline-powered cars in your lifetime. We expect electric vehicles to become the majority over the next decade, but gas cars won’t be going away anytime soon.

The states and countries that have placed restrictions on gas-powered cars mainly focus on new production. That means, as of now, no one will be forced to give up their current car. And the sale of pre-owned gas-powered vehicles won’t be restricted.

As the push towards electric vehicles progresses, we will likely see taxes and additional registration fees for gasoline vehicles. That will encourage drivers to make the change towards electric, but won’t be 100% effective. Even if the production of combustion engines stopped today, they would continue to be driven for at least 60+ years, and likely longer. It’s estimated that there are thousands of Ford Model T’s still considered to be roadworthy, even 90+ years after production stopped. So car enthusiasts will hold onto their classic cars long after they’re considered to be outdated.

Millions of people love vintage cars. It would be near impossible to convince people to switch over to an electric vehicle. Electric engines will never replace the sound and feeling of starting up a big V-8 engine. And if the production of new combustion engines was stopped, the last models produced would likely become a collectible car that’s held onto for a long time.

The main hurdle that electric vehicles need to conquer is the charging dilemma. As of today, it’s not convenient to charge an electric vehicle unless you’re at home. It’s much easier to stop by the gas station and fill up.

The average electric vehicle can take 8-10 hours to fully charge, which isn’t convenient if you plan on driving around all day. Long charging times and limited driving range might not be a problem for the average American, who typically drives less than 50 miles per day. But there will need to be a better solution before EVs become mainstream.

Charging up your car battery may not be a problem for the stay-at-home mom, who drives 20 miles a day, or the employee who has a charging station at the office. Still, millions of taxi drivers, delivery drivers, and people who take long road trips can’t afford to spend hours charging their car.

The EV charging station infrastructure is still in its infancy. Tesla is working hard on this issue, with 2,000+ public Supercharger Stations around the world, which can give you a quick charge while you stop for a meal or coffee. The number of superchargers doesn’t come close to the 168,000 gas stations in the US alone. Before gasoline vehicles become obsolete, electric vehicle charging will need to become faster and more widely available, and thousands of gas stations would need to disappear.

How much does an electric car cost?

In recent years, Tesla has sold the majority of electric vehicles. Tesla is also the most valuable car company and are paving the future of electric vehicles. A brand new Model 3 has a $37,000 price tag, the Chevy Bolt starts at $36,500, and a Nissan Leaf will cost you $31,600. That isn’t much different than the Kelly Blue Book’s average new car price of $33,000.

EV owners will also enjoy some money savings at the pump. Tesla estimates that if you use their Superchargers, a 500-mile trip costs $41, compared to $49 at the gas station. Charging your car at home will vary depending on your electricity rates per kWh. The Department of Energy estimates that charging your car at home will cost between $0.04-0.07 per mile. If you compare that to a gas vehicle, charging your EV is around half the price.

As more car manufacturers focus on producing electric vehicles and building infrastructure to support fast, efficient charging, we expect an electric vehicle’s cost to drop. The average driver wouldn’t save a tremendous amount of money, which makes the main reason to go electric environmental.

Some arguments claim the manufacturing of EVs to cause more harm than good. The chemicals and resources needed to make millions of lithium-ion car batteries might outweigh the benefits of lower emissions.

Studies have shown that electric vehicles are far less polluting than their combustion engine counterparts. And as EV technology becomes more mainstream, they are likely to become more efficient and sustainable. The increased popularity of electric vehicles will benefit manufacturing by providing better infrastructure, more efficient manufacturing, recycling options, and reducing the need for the mining of new materials.

Today, electric vehicles are helping more than they’re hurting, and that will only continue to increase. In coming years, electric vehicles will have increased ranges and longer-lasting batteries, just like today’s cars are safer and more fuel-efficient compared to the classic cars from the ‘60s and ‘70s.

However, the money savings are relatively limited. With the added inconvenience of not being able to fuel up in 5 minutes, it’s clear that gasoline cars won’t disappear from the roads anytime soon. We will see the continued increase and popularity of EVs, and they will likely become a majority in the next decade.