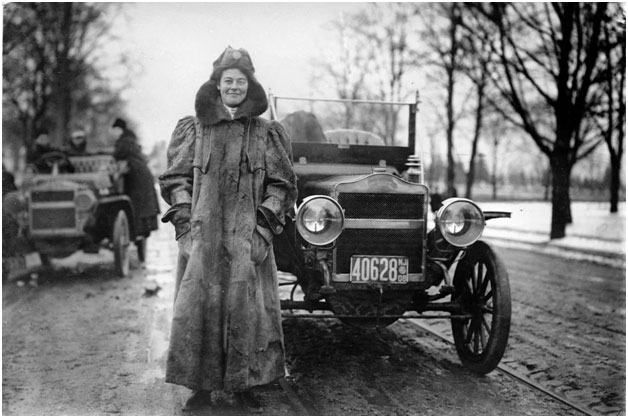 Since early automobiles rolled onto the scene in the late 1800s, the entire industry has been considered a masculine endeavor.  That’s far from the truth.

A little peek under history’s hood shows how much influence women have on automotive innovation and the rise of the industry through the years.

Currently, in many households, it's women who tend to be the decision-makers when it comes to buying a car.  A whopping 80% of vehicle buying decisions are made by a woman.

From the very beginning of the automobile craze, decades before women would get the right to vote, women were in the driver's seat of vehicle innovation.

Many of the features that improve vehicle safety, comfort and driveability are the product of a female’s brainchild whose innovation improved through the years:

Women have persevered because of their love of cars and the open road earning accolades, awards and greater power in the automobile industry along the way, not without some road bumps. 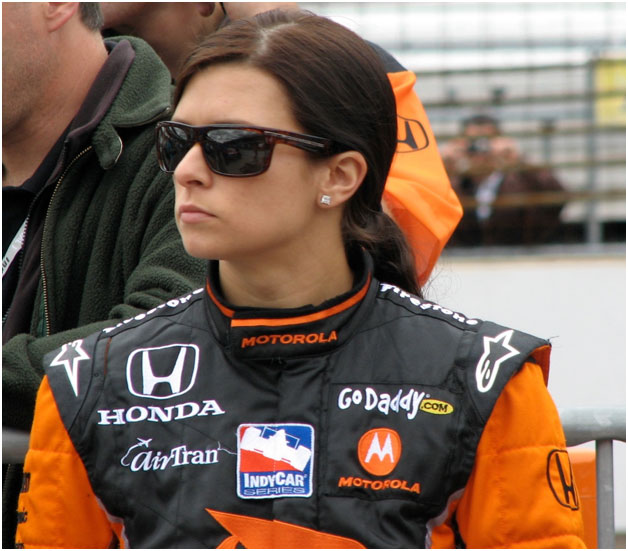 Here’s a look at the accomplishments of 32 women who made car and driving history.

They set the wheels in motion for millions of future female drivers.  Each paved the way for better cars and better careers for women in the car industry.

A woman was right there on the starting line. 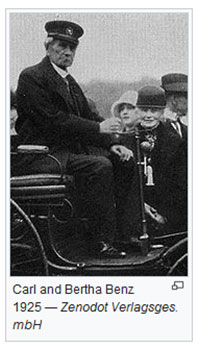 1888
Bertha Benz loaded her teenage sons into the wildly expensive “motorwagen”.  It was her husband Karl Benz’s invention with no small amount of input and support from Bertha.

Driving the kids 66 miles to see grandma doesn’t sound groundbreaking today.  It was when Bertha made that first long-distance road trip.  It could also be considered the first publicity stunt aimed at getting free newspaper coverage.

Bertha didn’t tell her husband before the history-making trip that she was going to pop around to her mom’s.  She and the boys snuck the motorwagen out of Karl’s workshop.  Once they arrived safely, Berta telegraphed Karl to let him know she and the boys made that now famous road trip.
Bertha is also considered the mother of brake pads and shoes.  Her invention was called brake linings.   They were the result of a discussion between Berta and a blacksmith on the subject of better braking.

1893
Margaret A. Wilcox is the mechanical engineer who figured out how to warm drivers in chilly weather.  Margaret designed a way to allow heat from the engine to blow into the vehicle’s front cabin.  Her work sparked the innovations of heaters in modern cars.

1900
Anne Rainsford French Bush is said to be the first woman to get a driver’s license.  It was actually a “steam engineer’s license”.  Anne spotted the loophole; the license allowed her to operate a “four-wheeled vehicle powered by steam or gas.”

1903
Mary Anderson gets a patent for the first vehicle windshield wiper.  Today’s wipers barely resemble Mary’s invention.  The patent was for the “automotive car window cleaning device controlled from inside the car”.  It was essentially a spring-loaded arm and the driver had to operate it from inside the car to make the rubber blade wipe the windshield. 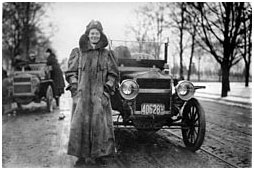 1909
Alice Huyler Ramsey was the first woman to drive from New York to California.  That coast-to-coast drive included only 150 miles of paved road.  Ramsey went on to form the Women’s Motoring Club and in 2000 became the first woman to be inducted into the Automotive Hall of Fame.

1914
Florence Lawrence was a pioneer in the auto industry.  Her inventions helped shape modern traffic safety.  She never patented her “auto-signalling arms” which were flags on both sides of the car that the driver could raise and lower with the press of a button to signal an upcoming turn.  She also came up with a similarly controlled sign on the back of the car which could be flipped up to show the word “stop” to warn other drivers the car would be slowing or stopping.    Florence was windshield wiper inventor Mary Anderson’s daughter.  The two started out as vaudeville performers.

1915
Wilma Russey was a talented garage mechanic.  She became the first woman to work as a New York taxi driver.

Emily Post wrote the book “By Motor to the Golden Gates” about her solo, cross-country trip.  The automotive journalist is still best known as the author of guides to etiquette.  Emily popularized the idea women could drive around, unaccompanied.  It was a fairly revolutionary stance.

1916
Many capable female motorists benefited from what they learned in the Girl Scouts.  The organization added the “Automobileing Badge” in 1916.  To earn it girls had to demonstrate their driving skills plus first aid and auto mechanics.

1917
Charlotte Bridgwood ups the windshield wiper game with a patented automatic windshield wiper.  It was much easier, and less taxing, on drivers compared to Mary Anderson’s earlier efforts because it was electrically operated.

1917
June McCarroll improves safety for every generation of drivers to come with the idea of marking roads to indicate lanes.  The idea was as simple and as brilliant as painting a white line down the center of highways.  (Michigan's Department of Transportation disagrees instead claiming it was two men who first painted a center line) 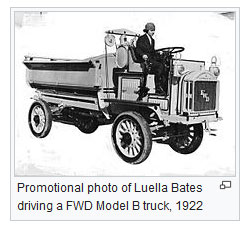 1918
Luella Bates, like many other women of the time, entered the previously male-dominated workforce during World War I.  She went to work for the Four Wheel Drive Auto Company.  She was a test driver behind the wheel of a Model B truck.
1920
Luella went on a major transcontinental tour in 1920 driving that truck.  Her employer’s idea was she could show trucks were so easy to steer even a woman could drive one. 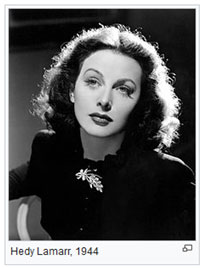 1941
Hedy Lamarr earned praise for being a bombshell actress on the silver screen during the Golden Age of film.  Prized for her beauty over her brains many people do not know Hedy laid the pioneering groundwork for innovations including WiFi and GPS.
During World War II Hedy invented wireless transmission technology.  She would not get the recognition she fully deserved during her lifetime.  She was inducted into the National Inventors Hall of Fame in 2014. 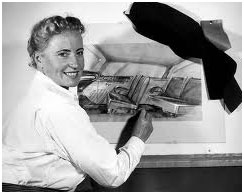 1943
Helene Rother fled the invading Nazis in Europe and made her way to Detroit where General Motors hired her to design automotive interiors.   Years earlier Helene got her start in Paris creating hat pins then furniture and jewelry.  Before breaking into the auto industry she also worked for Marvel Comics creating comic books.

1954
Denise McCluggage went to work as a sports journalist for the New York Herald Tribune and started racing cars professionally.  In the late 1960’s Denise was still a working journalist and founded Auto Week.  She remained Senior Contributing Editor at the magazine until she passed away in 2015.

1955
Suzanne Vanderbilt joins General Motors design team, hired on by legendary design chief Harley Earl.  Suzanne was part of a team known as the “Damsels of Design”.  A name Suzanne abhorred.
She stayed at GM for 23 years and her team is credited with creating illuminated interior mirrors and retractable seatbelts.

1956
Edith M Flanigen launched into work on “molecular sieves” to separate and filter mixtures.  Groundbreaking for the purpose of converting crude oil to gasoline.  Her invention was also used to purify water and perform environmental cleanup. 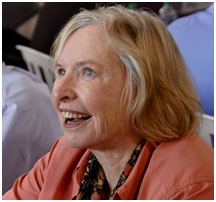 1977
Janet Guthrie is the first woman to compete against men in motorsports.  At the Indianapolis 500 and the Daytona 500.  Guthrie was an engineer before her motorsport career.  She didn’t win but she paved the way for other women interested in racing or the auto industry. 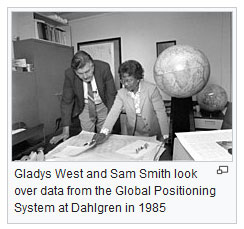 1978
Gladys Mae West headed up a team that became leading technology for the GPS in vehicles.  Glady was a mathematician and project manager for the earth-orbiting satellite SEASAT.  That project birthed the GEOSAT and working with those worldwide simulations the powers of GPS came on to the driving scene.

1979
Barbara Wilson broke down a couple of barriers by becoming the first female African-American auto dealer in Ferndale, Michigan.

1985
Jean Jennings, of JeanKnowsCars.com, began her long career focusing on all things cars and driving.  Jean became Automobile Magazine’s President and Editor-in-Chief in 1985.

1986
Mimi Vandermoelen designed the Taurus.  A midsize sedan that is almost wholly credited for saving Ford Motor Company which was floundering badly in the mid-’80s.  The 1986 Taurus was popular because of its aerodynamic body.  Inside the Taurus, Mimi created an ergonomic cabin.  She later became the first female in charge of all exterior and interior design for Ford in America.

2000
Rodica Baranescu worked as an engineer developing environmentally-friendly fuel, coolants and diesel engine lubricants.  She was the first female president of the Society of Automotive Engineers.

2006
Juliane Blasi and Nadya Arnaout won a contest to land the job of redesigning BMW’s Z4.  Juliane and Nadya turned the Z4 into a Sportster.  Among the praises lavished on the ladies’ newly redesigned vehicle was that it was “more aggressive and more masculine.” 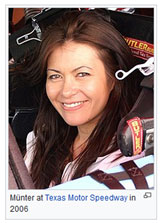 2006
Leilani Munter sets the highest finishing spot for a female driver in the history of Texas Motor Speedway, finishing fourth.  Leilani is also an environmentalist.  She earned her biology degree before becoming a professional race car driver.  In 2012 Sports Illustrated named her one of the top ten female race car drivers in the world.

2012
Michelle Christensen joins Honda working on the Acura NSX.  Michelle made auto industry history as the first woman to head up a supercar design team.  She grew up working on muscle cars with her dad which sparked her love of innovations in car design.

2013
Danica Patrick becomes the first woman to win a NASCAR Sprint Cup for the Daytona 500.  She’s also a model and spokesperson. 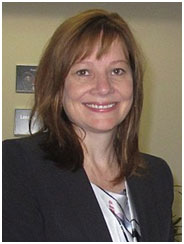 2014
Mary Barra becomes acting Chief Executive Officer of General Motors.  The first female CEO of a major international automaker.  Mary was featured on the cover of Time magazine’s “100 Most Influential People in the World” issue.  And Forbes named her the seventh most powerful woman in the world.  Mary came up with the industry-changing EV platform promising GM will manufacture only electric vehicles by 2035.

Throughout the history of cars and innovations in driving women have made vehicles better, safer and more comfortable.  Those females making monumental contributions were rarely recognized, whether accidentally overlooked or intentionally snubbed in favor of giving credit to a nearby male.

These 32 ladies truly deserve the title “Mother of Invention” when it comes to the evolution of the beloved automobile.