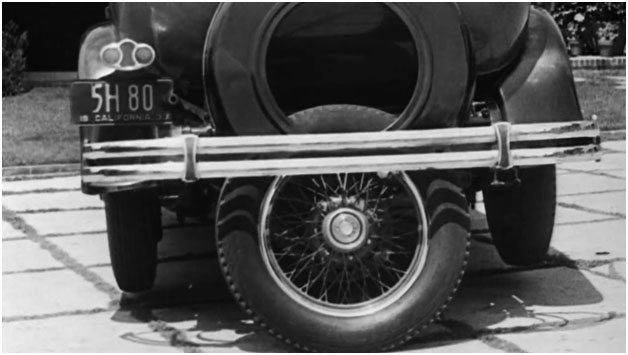 If you’re like most drivers, you’ve probably had some difficulty perfecting the art of parallel parking. With parking spaces getting smaller and urban areas growing rapidly, effective parallel parking has become a necessary skill for anyone on the road. Unfortunately, it’s not always that easy.

Parallel parking can trip up even the most experienced drivers, but did you know that the original solution was invented as far back as the 1930s? The original parallel parking assist has roots farther back than most of us realize, and although it never became a success, it laid down the foundation for modern parking automation. 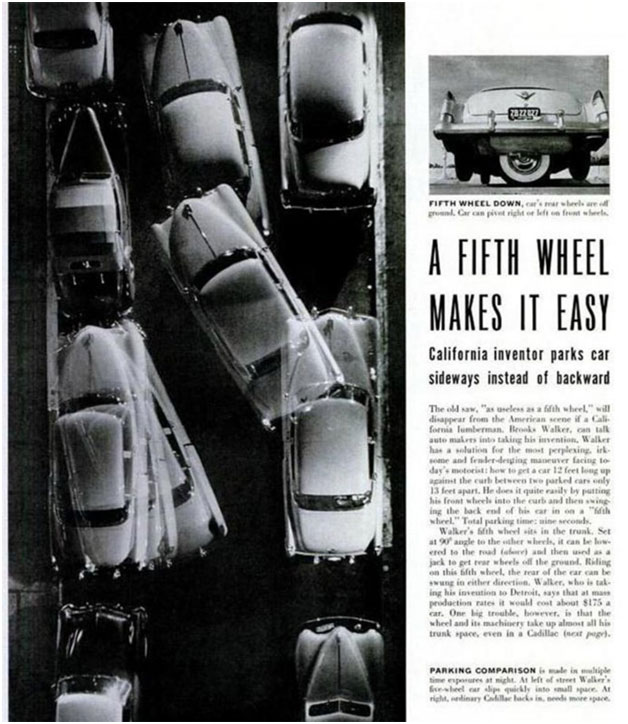 Brooks Walter, an American inventor in the 1930s, noticed a change in how Americans used their vehicles from day to day. As opposed to the previous decade when drivers simply used cars to get to and from their destination, the 1930s saw cars as a lifestyle accessory, enjoyed for leisure as much as they were enjoyed for functionality.

During the 1930s, cities were rapidly expanding. To accommodate this, cities began implementing smaller parking spaces so that more vehicles could fit in tight spots and thus take up less space. This is how parallel parking went from an occasional maneuver to an everyday occurrence. Seeing that parallel parking was a hassle, Walter sought to simplify and streamline the parking process.

Looking to solve this dilemma, Brooks Walter created an invention known as the “fifth wheel”. Walter modeled the invention on his own modified car, a 4-door Packard. Using a system of hydraulics and a spare tire, Walter modified his car so that parallel parking would be seamless and convenient for the everyday driver. 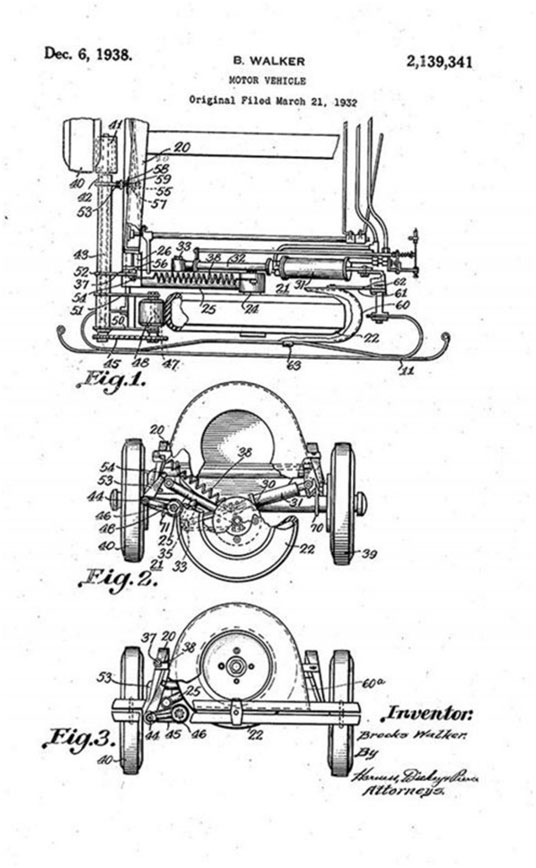 Using Walter’s fifth wheel system was surprisingly simple. First, the driver flips a manual switch to engage the park assist. In response, the hydraulics within the vehicle lower the fifth wheel onto the ground underneath the car until the other four tires are lifted off the ground. A second switch begins turning the fifth wheel in the desired direction. From there, the car slides smoothly into place, making for a perfect parallel park.

With this impressive technology, not only was parallel parking no longer such a headache for the everyday driver, but it was also quick. Using the fifth wheel cut parallel parking time down to just a few seconds, and all a driver had to do was press a button on the dash. The fifth-wheel technology also allowed the car to move in a full circle, so no matter what the parking space looked like, the car would fit.

Walter patented his fifth wheel in 1938 and marketed his device to auto shops. His ingenious creation was available to anyone who chose to have it installed, making it accessible to the general public. He sold the device for modified cars at a whopping $175 apiece, which is about $1628 today. Walter’s goal was to offer the installation of his device at mechanic shops for drivers looking to make parking easier.

After making some necessary adjustments, Walter reintroduced the invention later in 1953 and demonstrated it on a Cadillac this time. His biggest advertising point was that his technology was compatible with virtually every vehicle on the market - provided that the drivers didn’t mind sacrificing every inch of their trunk space.

Despite the genius of his design, Walter’s fifth wheel invention never took off. Walter worked hard to market his idea, even going so far as to do public demonstrations with his own personal vehicle, where the prototype was installed.

He marketed his invention toward drivers tired of struggling to get a perfect parallel park, but consumers weren’t interested and felt they couldn’t justify the cost.

Additionally, installing the fifth wheel required the use of all ofa car’s trunk space, leaving no room for storage, which drivers perceived as somewhat impractical. In 1953, Walter changed this by moving the fifth wheel to the car’s bumper - but his design still didn’t take off. Walter continued marketing his invention through the 1970s but unfortunately passed away without ever selling one.

As a result, his invention never made it big. To this day, the only functioning example of the fifth wheel technology is his original modified car, the Packard, which has since been purchased and restored by collector Willie Mehn. For the rest of us, video clips are still available online where we can see the famed fifth wheel in action.

The Appeal to Enthusiasts

Although Walter’s creative invention was widely neglected by the general public, it’s still possible to have the same technology installed on a modern vehicle. Modified cars are trending and on the rise, and Walter’s tech isn’t difficult to implement with the right accommodations. Collectors around the world with a passion for vintage cars have modified their vehicles using the fifth wheel, even after all these years.

Although the original fifth wheel never managed to make it big, Walter’s invention was a unique and innovative design that paved the way for future modifications. Today’s park assist software and automated driving features are likely inspired by his work, and at the very least are successors to his design.

It’s a shame that this invention never gained any traction in the industry, but it doesn’t have to mean the end of Walter’s legacy as a brilliant mind. Next time you’re parallel parking, maybe you’ll think of the original design that started it all.