10 Reasons Why Classic Cars Are Better than Modern Ones 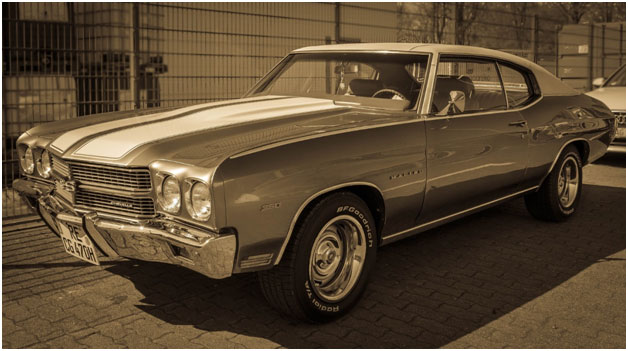 If you are a classic car fan, you will know they just don't make cars the way they used to. Both classic and modern cars do have good qualities to offer their drivers and passengers, but vintage vehicles seem to win when it comes to a number of factors. Here are ten reasons why collector cars are better than modern ones.

1.The Simplicity of Older Vehicles

Collector's cars are simple. They are not as needlessly complicated as their modern counterparts. Modern vehicles typically have dozens of buttons and knobs that can be confusing to drivers. Classic pieces kept things simple. They are easy to work on, there are no computers, no complicated wiring, and there is plenty of room for comfort. It is also because of their simplicity that classic cars make great DIY projects since owners can get right under the hood and start working comfortably.

2.Many Vintage Cars are Smaller and Lighter

Certain cars have grown in stature over the years. The Mini, for example, has almost doubled in weight since its inception in 1959. The Porsche 911 has grown approximately 100mm wider, and the VW Golf has lengthened by around 500mm. What's more, it is an accepted fact that lighter sports cars tend to be better performers. While classic cars may be lighter and smaller than modern ones, most are still more durable and sturdier. Modern vehicles may be made to last longer, but they are generally disposable.

Picture this scenario: you attend a car meet where two vehicles arrive at the same time. They park next to each other. One is a 1965 Chevrolet Corvette that has been expertly restored, and the other is a brand-new version of the Corvette. Most of the time, the classic Corvette will garner more attention than its modern version. There seems to be something about classic cars that draws crowds.

In contrast, newer offerings seem to all look similar. With older cars, there is no mistaking a Studebaker for an Oldsmobile. The cars have unique identities and come in memorable colors, and it is easy to tell one from another. Now, it is as though the only thing that distinguishes your car from your partners' is the badge on the grille or trunk.

For expert drivers, or vintage car fanatics, stability control, traction control, and anti-lock brakes are not considered a necessity. These types of driver aids tend to get in the way of fully enjoying a vehicle. Thanks to the lack of technology, classic cars do not tell their drivers how to drive. If a driver wants to enjoy their car by doing handbrake turns, drifts, and burnouts, nothing is holding them back; they are in complete control of the car.

5....Which Makes You a Better Driver

Since there are no driver aids in antique cars, drivers are forced to become better drivers or risk crashing their car and having to use their nationwide classic car insurance. Drivers have to learn throttle control, threshold braking, and how to effectively oversteer and understeer, all because there are no drivers aids to save a driver if they do something wrong. It is just the driver and the car.

While modern cars may seem quieter and more economical at first, take a look at classic vehicles with small engines, and you will notice that they can be just as economical compared to today's saloon-like petrol engine Ford Focus, Vauxhall Astra, or even the BMW 316. Vintage cars like the Mini, Ford Popular, Ford Anglia, MG Midget, and Morris Minor actually surpass many modern cars in fuel economy.

In 1950, just two years after the first Morris Minor hit the market, The Motor, a British motoring magazine, conducted a road test on the vehicle and found that the 918 cc engine could do 0 - 60 in just 50 seconds and with a fuel consumption yielding >42 miles per gallon. That was an exceptional result for a car first produced in 1948.

As for servicing and maintenance, vintage cars come out above their modern counterparts since most servicing and maintenance work can be done by the owners. Modern vehicles are packed full of electronics and having diagnostic tests run can be relatively costly. On the contrary, nearly every mechanical part on an antique car can be stripped and rebuilt. With modern vehicles, the sensors and electronics usually need to be replaced, which can be expensive. If you have the right parts for a classic car, it can be much cheaper to repair.

When you buy a new car, you may need to finance it. In the end, with interest payments, you could find you have paid considerably more than the selling price. In other words, new cars do not make good investments. Alternatively, a vintage car could be far more cost-effective, particularly if you plan to restore it yourself. You may be able to find a 1966 Mustang V-8 coupe, for instance, for a little more than $12,000. You can then search local parts stores for all the missing parts and rebuild or restore classic car yourself.

Usually, when you buy a car it is the opposite of an investment. The average modern car depreciates as soon as you drive it off the showroom floor and is worth just half of its original value after a few years. Classic cars, though, are a sound investment. When properly looked after, these cars appreciate in value as they get older.

Considering the above 10 points, particularly when you think about the affordability of a classic car insurance policy, would you swap your modern car for a classic?

Amongst car insurance companies, a battle is being waged of stated value vs agreed value. On the surface, they may seem similar or even the same, but in practice, they are quite different. The choice of stated value vs agreed value will affect how much money a company will pay out for a claim, so it’s important to understand it before taking out an n insurance policy on your classic car.

Popular Questions:
What does stated value mean?
Is Agreed value worth it?​