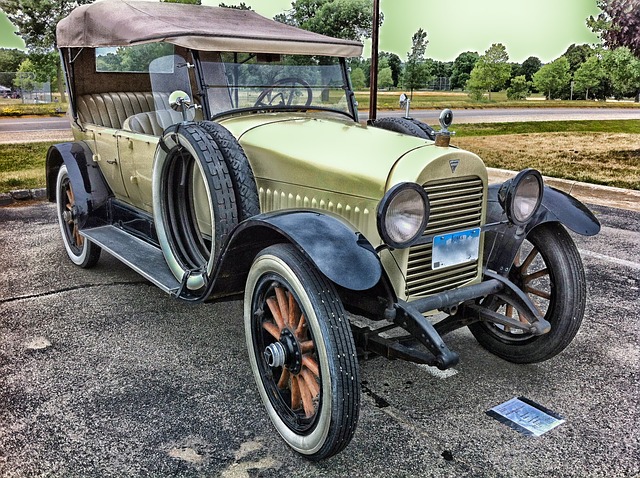 People often think of insurance claims as a lot of boring paperwork, and most of them are. However, every now and then there will be a really strange classic car insurance claim that makes the independent car insurance agents and adjusters laugh or simply stare at the paperwork in shock before passing it around the office. Here are a few of these really interesting insurance claims.

A classic insurance claim was filed on a 1967 Chrysler convertible after the car was attacked by a bear. The owner had parked the car near a forested area and had gone for a walk. The bear crashed through the top of the convertible after smelling food, then left a large amount of dung on the seat. The owner filed an insurance claim for the scratched paint, the punctured top, and the damaged interior.

When his 1965 Ford Mustang was attacked by goats, the owner contacted his antique car insurance company seeking payment for the damages. The young goats had gotten into his garage when it was open for his son's birthday party and decided to climb on top of the car and chew on it!

Another company that offers car insurance for classic cars received a call from a man who owned a 1971 Jaguar E-Type. On the first warm day of the year, he had put the top down and taken his classic car out for a drive. However, only a few minutes after leaving his house, the engine started overheating. He called a tow truck and got the car to a station. After opening the hood, the mechanic found a snake had gotten up inside the car and was tangled in with the drive-belt pulleys.

One incident involved not one but three vintage car insurance claims. Three cars, a 1976 Corvette, a Porsche 911, and a Porsche 914 were all parked together in a garage. The door was slightly ajar just enough that when a horse got out, it was able to slip into the garage. For whatever reason, the horse attacked all three cars, doing a severe amount of damage to all three of them.

Another incident that occurred in a garage involved a dog and a raccoon. When the dog found the raccoon getting into things in the garage, he let out a loud bark. The raccoon immediately leaped onto the parked Jaguar E-Type to escape, leading to a major fight between the two animals. The car was covered with scratches and needed a total body makeover. The owner was glad he had collector car insurance for that one.

The final story about an interesting claim made using car insurance for old cars comes from Louisiana and involves another animal. A man was driving his 1940 Chevy Custom Coupe home late at night along the road when he hit something. He didn't want to get out of the car since he was on a dark stretch of highway, so he backed up and went around whatever he hit. When he got home, he saw that his car had some pretty major damage to it, so he decided he would drive back in his other car with a flashlight and see what he had hit. It turned out to be a twelve-foot alligator!

Contact us now to find an insurance quote to fully understand your coverage and know more about classic car insurance.

Insurance is important for every vehicle, but insurance for classic cars is vital. The value of antique or luxury vehicles is higher than your average car, and repairing damage can require expensive parts and specialist mechanics. Leland West provides insurance for classic cars so you can rest safely in the knowledge that your vehicle is protected.