How Classic Cars Are Rated and What The Numbers Mean 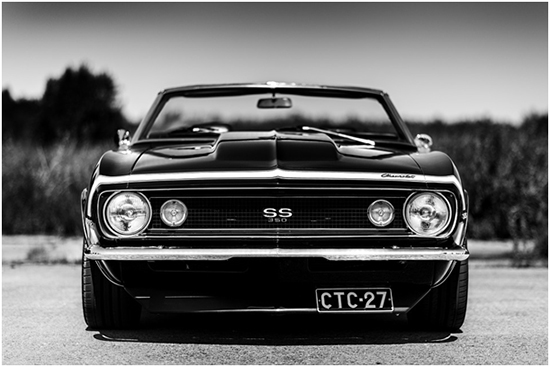 Classic cars are given a rating of 1 - 6 to classify their condition. Understanding what these ratings mean can help you understand the true value of a vintage vehicle.

The numerical grading system began in the mid-1970s by a magazine publisher named Chet Krause. Prior to the adoption of the system, ratings such as 'good, 'fair, and 'excellent' were used to rate the condition of a vintage vehicle. The problem with a 'fair' or 'good' rating is there were often disagreements on what 'fair' or 'good' actually meant. To rectify the issue, Krause reasoned that vintage vehicles needed a better rating system that the community would be willing to adopt.

When the numerical rating system was initially adopted, there were only five classifications because vehicles that were considered 'unusable' were not given an evaluation. Problems began to arise when appraisers that lived in states with personal property tax laws began to exploit the system by purposefully overstating the value of their vehicles. Therefore, a sixth and final rating classification was created to account for 'parts cars.' 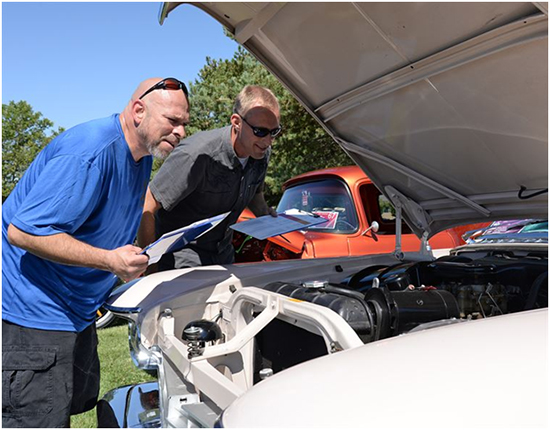 The value of each rating

A perfect original vehicle with components that either look like new or operate like new or a perfectly restored vehicle in the same condition. This is a show car that's rarely driven. Contact us now to find an insurance quote to fully understand your coverage and know more about classic car insurance.

An original that is considered to be in 'excellent' condition or well-restored though not quite at the level of a classic vehicle rated at number one. The vehicle should be well cared for and displays minimal wear and tear.

A vehicle that shows a good bit of wear, yet still operable. The vehicle is presentable for an amateur restoration though it wouldn't quite meet professional standards.

A vehicle that can still be driven though it likely needs minor work (such as a brake job). The vehicle is likely a poor amateur restoration or a restoration that has deteriorated over time. The car is still usable 'as is' but it certainly needs work.

The vehicle is in need of a complete restoration regarding the interior, chassis, and body. The car may or may not run. Despite this, it's still in good enough condition that it can be restored.

As the name implies, the vehicle is in a state where it's only useful for parts and nothing else.

Another way to view the rating system

The above is just one way to look at the rating system, but there are easier ways to visualize how it works. You can also view the system in the form of a pyramid where number one rests at the top and number six sits at the bottom. As with any pyramid, the tip is narrow and only fits one or two of the best vehicles from a particular model. One level down the pyramid widens ever so slightly allowing for the addition of a few more cars. The trend continues the further you travel down the pyramid.

Therefore, the cars at the top tier of the pyramid are the best of the best. They're most likely to take home 'best in show' at every car competition they enter. Cars of this caliber are rare because of the massive amount of work and money it takes to keep them in such pristine condition.

On the second tier, the number of cars increase as the quality ever so slightly decreases. They're likely the same model as the cars at the top rank, but their condition isn't quite what would be considered 'perfection.'

The next level down the pyramid widens, and more vehicles are able to occupy the space. These vehicles are nice to look at, but there are a few flaws here and there. They've likely been restored some time ago, but they don't look quite as nice as they used to.

On the fourth tier down we begin to see more wear and tear. These vehicles still run, but it's highly advised you let your mechanic have a look at it before you make the vehicle your daily driver.

Cars that occupy the last two rungs of the pyramid are the type you'd find rusting away in someone's driveway or backyard. They're the kind you would find at a 'pick-a-part' lot when you're searching for those hard to find pieces as you restore one of the vehicles in the upper levels of the pyramid.

The numerical rating system for classic vehicles isn't terribly difficult to understand. Knowing how the system works allows you to truly understand the value of a vintage car and should guide any purchase decisions you may make in the future.