Like most words formed and shaped through popular culture, the classic “hot rod,” as well as the “rat rod,” and “street rod,” are the beneficiaries of a confusing and sometimes contradictory naming system. What defines these categories often depends on who you ask and which country or state you are in.

We are going to look at the commonly accepted and understood variations of these terms to better understand where they differ and where they overlap. By the end of this article, you should be able to look at and determine which phrase would best describe any of these classic custom cars.

What is a Hot Rod?

There is no consensus on where the phrase “Hot Rod” came from, but it came into widespread usage sometime in the mid-’40s (Hot Rod magazine launched in 1948). Since the 1920’s bootleggers and car enthusiasts had been customizing and enhancing their vehicles. This custom car culture eventually morphed into the first hot-rodders and gained wide acceptance and popularity up until the ’60s. The traditional look of a hot rod comes from the vehicle styles of this era. Once the muscle cars of the 60’s arrived the hot rod wained in popularity for a time.

The “Hot Rod,” became a term generally used for vehicles customized for performance.

and raced at very fast speeds.”

While the official definition doesn’t specify a type of car, most understand in everyday parlance that hot rods are old or classic American cars with modified engines. The National Street Rod Association defines a hot rod as an “automobile of 1948 or earlier that has undergone some modernization to the engine, transmission, interior, or anything else. A hot rod... is designed for racing.”

So in official street rodder terminology, a hot rod is a vehicle from 1948 or earlier explicitly made for racing i.e., not made for general street usage

What is a Street Rod? 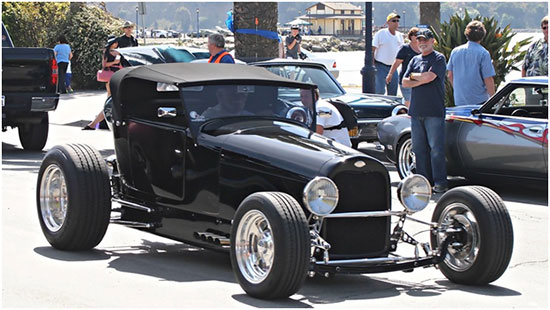 Unlike a hot rod, a street rod is made for the street (hence the name). Most states have different definitions for just what exactly constitutes a street rod.  For example, in Kentucky, a street rod is defined as a vehicle weighing less than 10,000 pounds and manufactured before 1949 or has at least been reconstructed to “look like a vehicle from that period.” In Pennsylvania, a street rod is any vehicle that is a 1948 model (or older) and has custom parts. You will have to look up the laws in your home state to figure out what rules apply in your area.

The National Street Rod Association describes street rods as a vehicle of 1948 or earlier that has had modernization to the engine, transmission, interior, or anything else and is a non-racing vehicle used mostly for general enjoyment. “The more family-friendly version of the hot rod.”

The “street machine” division of NSRA is for ’49 and newer cars.

So generally a hot rod is built for racing, while a street rod is made for the street. Both types of vehicles, however, are based on the classic American body styles of the first half of the 20th century.

What is a Rat Rod? 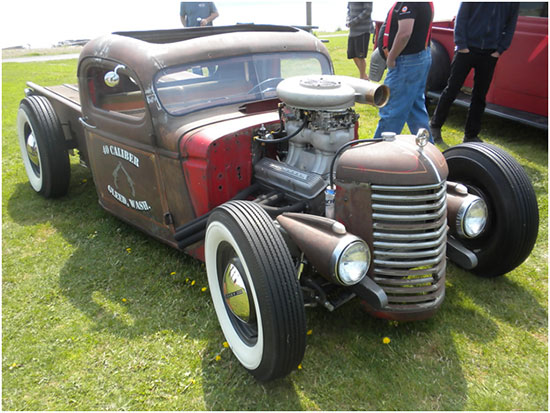 Eventually, collectors begin labeling classic custom cars as ‘actual’ hot rods and eliminating others. Prices went up for the cars and parts and a counter culture of sorts formed. Rat rods are vehicles made in the ‘spirit’ of classic hot rods but in a more accessible, frugal, and creative fashion.

A rat rod is typically built for the street, but unlike your standard street rod, they have much looser practices and may not even use custom items from the same era.

Most don’t consider rat rods a real category, but rather a term used for all hot rods that are either unfinished or have a less refined (or even hodge-podge) look about them.  Others say that rat rods are cars that imitate hot rods but are not an accurate re-creation or period-correct restoration of a classic hot rod or street rod. Both usages are relatively common.

Any Other ‘Rod’ style Vehicles? 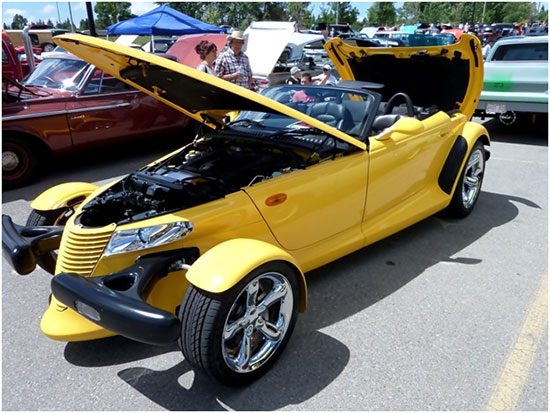 While the history of the usage of the term “rod” for these grouping of vehicles is unknown, it seems to have been agreed to upon that a car type that ends in “rod” has been customized beyond its original construction at some point. Using this as a basis, the University of Arizona decided to challenge their students to create a “Hi-Tech Rod.” The students stress tested and formed their owned custom parts to create their vision of the ultimate modern hot rod.

Owning a classic car is a unique privilege that comes with its own unique responsibilities. Here at Leland West, we’re conscious of the fact that not every vehicle is bought to be the family car. Most of the time, a classic car is bought as an investment or to be displayed, and therefore requires specific coverage to suit those occasions. That’s why our collectors car insurance is specially designed to suit classic car ownership, helping you to meet those unique responsibilities.

Popular Questions:
What is the best collector car insurance?
How much does insurance cost on a classic car?​